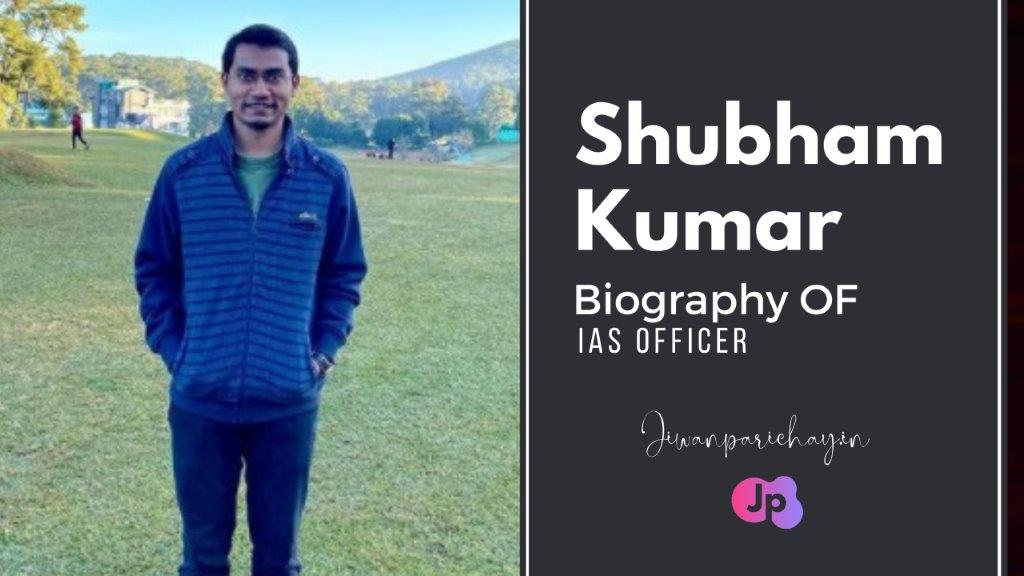 Who is Shubham Kumar

Hello, friends today we will talk about UPSC topper Shubham Kumar who was born on 14 February 1997). he is an Indian Civil Engineer and the top ranker of the 2020 Civil Services Examination of the (UPSC) Union Public Service Commission. Here you can see and read his biography, Age, family, Wife, Girlfriend, net worth, salary, and everything you need to know about him.

Shubham Kumar is an ( IAS ) Indian Administrative Officer. who was Born on 14 February 1997 in the small village of Bihar, Kumhari Kadwa, District-Katihar. he passed the ( UPSC ) Union Public Service Commission examination in the year 2020 and secured AIR 1. today Shubham Kumar is a great inspiration to the youth of India.

Shubham Kumar biography And All Information

Shubham Kumar was born in Kumhari village in Katihar district of Bihar. Shubham Kumar and his family are residents of Kumhari, a small village in Bihar. His father’s name is Devnad Singh, he is working as a branch manager in Uttar Bihar Gramin Bank, Bihar and his mother’s name is Poonam Devi, a skilled homemaker. She also has an elder sister named Ankita, she works as a scientist in BARC (Bhabha Atomic Research Centre).

Shubham did his early schooling from a local school in his village and completed his secondary education from Vidya Vihar Residential School, Parora, Purnia. And then completed her senior secondary education at Chinmaya Vidyalaya Bokaro, Jharkhand. After completing his schooling, he prepared for the entrance exam in engineering and got admission in IIT Bombay securing 219th rank.

After getting an engineering degree from IIT Mumbai, Shubham Kumar first appeared for the Civil Services Examination in 2018 but he could not succeed in it.

But he did not give up and in 2019 once again gave the UPSC exam and secured 290 rank. He was selected in the Indian Defense Accounts Service service in Pune. After which IAS Shubham chose Anthropology as his optional subject. He scored 170 marks in (Anthropology) Optional Paper-I (Paper-VI) and 150 marks in Optional Paper-II (Paper-VII).

IAS Shubham Kumar was very determined toward his dreams from a very young age. And from the beginning, he is a very hardworking person. His father says that after not being able to clear the exam in one go, he did not sit in despair. He got back up and devoted himself completely to his preparation and achieved the top rank that he had aimed for.

Shubham Kumar says in an interview that he always wanted to become an IAS officer because according to his thinking it provides a wider platform to work for the benefit of the society. Shubham says that he wanted to work for his village and the underprivileged people. Due to which the purpose of his becoming an IAS clearly shows why he wants to become an IAS officer.

Why Shubham Kumar So famous