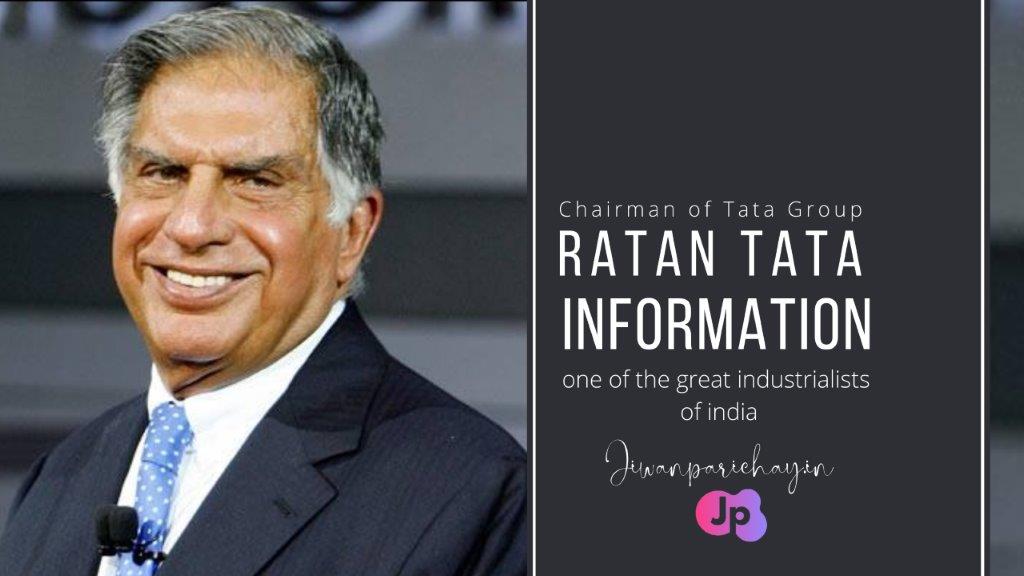 Today we will talk about the life of India’s best industrialist Ratan Tata, who is Ratan Tata. And why do people like them so much? In this post, you will get to read the complete biography of sir ratan tata.

Ratan Tata is one of the leading industrialists of India, who was born on 28 December 1937 in Surat city. today. he is the chairman of TATA Group. Which is the largest business group in India. Which was founded in 1868 by Jamsetji Tata.

famous businessman Ratan Tata is the son of Naval Tata who was adopted by Nawazbai Tata after the death of her husband Ratanji Tata. When Ratan Tata was ten years old, his father Naval Tata, and mother Sonu Tata separated from each other in the 1940s. After that, he was raised by his grandmother Nawazbai Tata. Ratan Tata also has a half-brother named Noel Tata. Ratan Tata has said that he has had four serious girlfriends in his life and that he “had an engagement once but broke it off before the card was even printed”. And then he never married.

If we talk about Ratan Tata’s wife, then India’s biggest industrialist and philanthropist Ratan Tata never married, due to which he has no wife. Ratan Tata has said that the occasion of marriage had come four times in his life. And they got engaged ‘once, but the marriage broke up before the card was printed’. And then he never married.

Whatever profit his company makes, he donates it to social welfare. That money is not recorded in his personal financial statement. If he stops donating to this charity, then today he can become the richest person in India, leaving behind Mukesh Ambani.

Established in the year 1919 as per the wish of Sir Ratanji Tata with an amount of INR 8 million, this trust is now the oldest grant-making trust in India. And it has played a leading role in changing the traditional notions of charity. Tata Trusts has been instrumental in development processes for almost a century, be it providing grants to institutions in the areas of rural livelihoods and education, health, civil society

In a country that is home to the world’s second-largest population, when one of its largest enterprises is a philanthropic organization, it raises hopes for a promising and sustainable future. For people across the country, the Tata Trust is a symbol of humanism and a singular force pushing new frontiers of social and economic development.

Other trust and foundations

Established in September 2008, the activities of Tata Education and Development Trust are multi-faceted in nature and promote social welfare with great emphasis on national development.

The Tata Education and Development Trust was established in September 2008, due to which the activities of the Trust are multidisciplinary in nature. The objective of this trust is to contribute significantly to social welfare by giving substantial benefits only to national development.

Ratan Tata’s contribution to the people of India has been significant since the beginning. This is the reason that Ratan Tata donates many crores of rupees for the development of India. They believe that education is the only way through which people will develop new progress in the coming future. Ratan Tata’s support of the people has always been there, so he has been honored by the Government of India with Padma Bhushan in 2000 and Padma Vibhushan in 2008. Apart from this Ratan Tata was also awarded ‘Assam Baibhav’, the highest civilian award of Assam located in 2021 India. This award was given to him for his exceptional contribution to cancer care in Assam.

I don’t believe in taking the right decision. I take decisions and then make them right.

People still believe what they read is necessarily the truth.

Power and wealth are not two of my main stakes.

Don’t be serious, enjoy life as it comes.