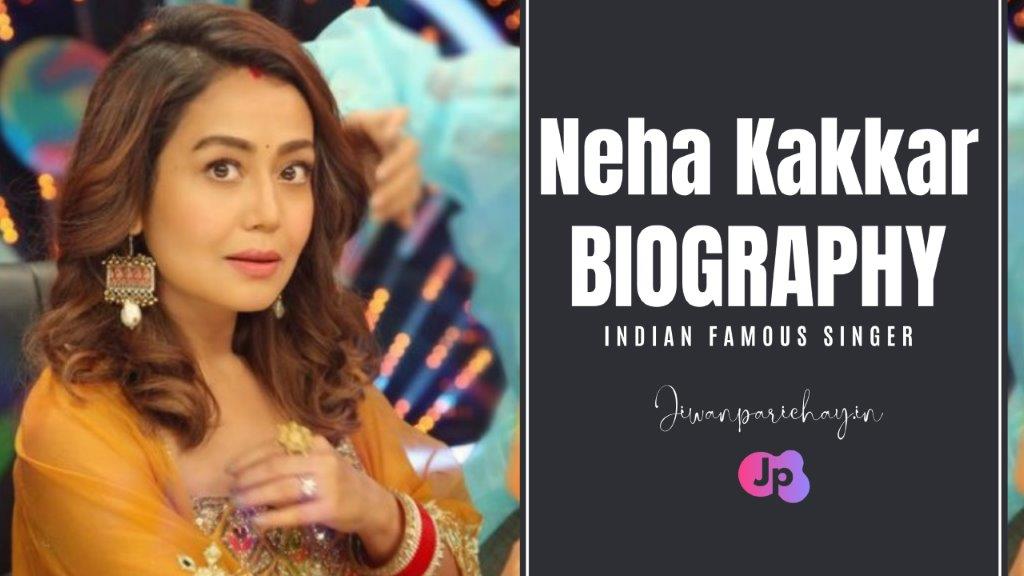 Hello friends, today we will talk about India’s Selfie Queen Neha Kakkar. Whose fan following be it Instagram, Facebook, YouTube, Twitter, or any platform, millions of fans are present everywhere. Those who love Neha very much, keep her singing in their heart. Whatever songs of Neha Kakkar come on YouTube in a few days it starts trending everywhere, whether it is Tiktok or the reels of Instagram. Today, every song on his YouTube has millions of views. And some songs of Neha also come in the list of Top Ten Songs on YouTube. About which you will get to know later in this article.

Who Is Neha Kakkar

Neha Kakkar is an Indian playback singer. The name knows as Selfie Queen. He was born on 6 June 1988 in Rishikesh, Uttarakhand state, India. Neha Kakkar became an Indian Idol judge in 2018 when she was a contestant on the second season of the Indian Idol show. Today she is one of the most popular singers in India.

Neha Kakkar biography and all information

Neha Kakkar was born in a middle-class family in Rishikesh, Uttarakhand. Neha tells in her interview that when she was 4 years old, she started singing religious hymns. Neha’s voice was so sweet that everyone used to praise her. She was inspired by her elder sister Sonu Kakkar for the song. Because Neha’s elder sister Sonu was very interested in music.

Neha tells that her father used to work very hard to run her family. Neha Kakkar did her early education at New Holy Public School (Uttam Nagar) in Delhi. When she was in Delhi in 11th she participated in a reality show, after that her studies could not be completed due to her inclination toward singing. Because she did not have much time, she could not go to college and her early studies could not be written well.

Kakkar belongs to a singing family. There are a total of 5 people in Neha’s family, first her father Rishikesh Kakkar who works in a government organization, and then Neha’s mother Niti Kakkar who is a housewife. Her elder sister Sonu Kakkar is a singer and her brother Tony Kakkar is a music director.. And our youngest is the youngest in the Kakkar family, who is today a successful popular singer and judge on the TV reality shows (Indian Idol).

she started her career in 2006 as a contestant in the famous television show Indian Idol. Meanwhile, in 2008, he debuted his album with Meet Bros “The Rockstar”. Also in the year 2010, she worked on the film Isi Life. Along with this, she also had to face a lot of troubles from 2006 to 2016. Being fond of singing songs in childhood, she used to sing bhajans of her mother in Jagrans, but today she has achieved such a position that if it is said that who is the most popular female singer of India, then Neha Kakkar’s name comes at the top.

When she started her career as a contestant in the famous television show, Indian Idol, in 2006, the judges of that show soon rejected her song from Indian Idol by calling Neha Kakkar bad. But it is said that if the spirits are high, then we can do everything. Something similar happened with her. she touches the hearts of people with her singing, which has become so popular in today’s time. And the Indian Idol in which she was rejected, today she is the judge of the same show Indian Idol.

24 October 2020 This is that date. When Neha Kakkar was married to Punjabi musical artist Rohanpreet Singh in the city of Chandigarh, Punjab. The love story of both is quite interesting. Both of them dated each other for some time after that they got married and today they are living a happy life.

she is currently the judge in Indian Idol season 12 which charges 5 Lakh for an episode. And as everyone knows, she is a popular singer whose songs keep on being released every day. She charges 1.5 – 2 lakh rupees for a song. She has a net worth of 104 crore rupees ($14 million) in 2022.

What is Neha Kakkar Age?