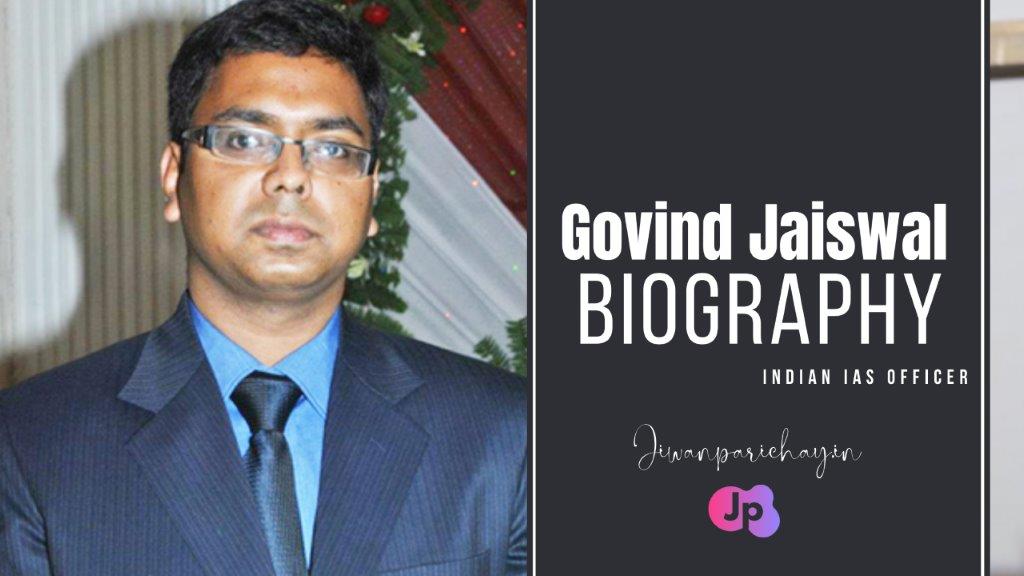 Govind Jaiswal IAS – So, today we are going to know about such a person, who not only spent his time in a poor family, but today he is at such a stage, which hardly anyone imagines. Yes, we are talking about the Indian IAS officer Govind Jaiswal, who has achieved this position by clearing the UPSC exam. So know, the journey from a poor family to becoming an Indian IAS officer

who is IAS Govind Jaiswal

Govind Jaiswal is an Indian IAS officer who secured 48th rank in the 2006 IAS exam. He was born in Varanasi, Uttar Pradesh. Govind Jaiswal was the first IAS officer, where he achieved that topper’s achievement in the category of those who took the examination through Hindi medium. Presently the posting of Govind Jaiswal is as Executive Director of Sports in Goa.

Govind Jaiswal was born in a small middle-class family in Varanasi. His father Narayan Jaiswal was a rickshaw puller. That’s why there was not even enough income in his family that his family could drink tea properly two times. In fact, behind the success of Govind Jaiswal, his family and harsh circumstances were what made him so strong.

The first thought of Govind becoming an IAS officer came when Govind went to his friend’s house. When he was about 11 years old. When he reached his friend’s house, Govind’s friend’s father was shocked to see Govind. Actually, he belonged to a rich family, so he threw Govind out of his house in a very condemnable and degrading manner. And warned not to be friends with the son of the rich. Govind took this insult as disrespect.

And after some time Govind Jaiswal tried to know from a person senior to him, which is the biggest service in India, then he jokingly said that an IAS officer can fix the financial condition of your family and a Can get a good post, what was it then Govind started working hard for IAS to take his life to the heights without taking such jokes.

ratan tata ( the great person in the world (click here)

He took the civil service exam and that became his life’s goal. The struggle period of Govind in Varanasi was very pathetic. There were power cuts for several hours, and there were many difficult times to go through. After graduating, Govind first decided to share a preparation room with his friend at BHU, but his idea didn’t work out. Seeing the difficulties of his son, Govind’s father Narayan Jaiswal decided to send his son to Delhi.

Narayan sold his land for a mere piece and sent his son to Delhi. Life in Delhi was not so easy for Govind, for the first time he was introduced to such a big city. But Govind worked harder towards his goal. Seeing the financial condition of his family, Govind started taking mathematics tuition along with his studies. So that he can reduce the financial burden on his father.

And the year 2006 was the day when Govind Jaiswal made his hard work successful by securing 48th rank in the IAS exam. And finally, Govind Jaiswal managed to become an IAS officer. There was an atmosphere of happiness in the family and the tears of happiness were clearly visible in the eyes of the father. So, friends, this was the story of becoming an Indian IAS officer.

who is Govind Jaiswal?

is an Indian IAS officer who secured 48th rank in the 2006 IAS exam.

When and where was Govind Jaiswal born?

Where is Govind Jaiswal Current Posting?

Executive Director of Sports in Goa.

How old is Govind Jaiswal?