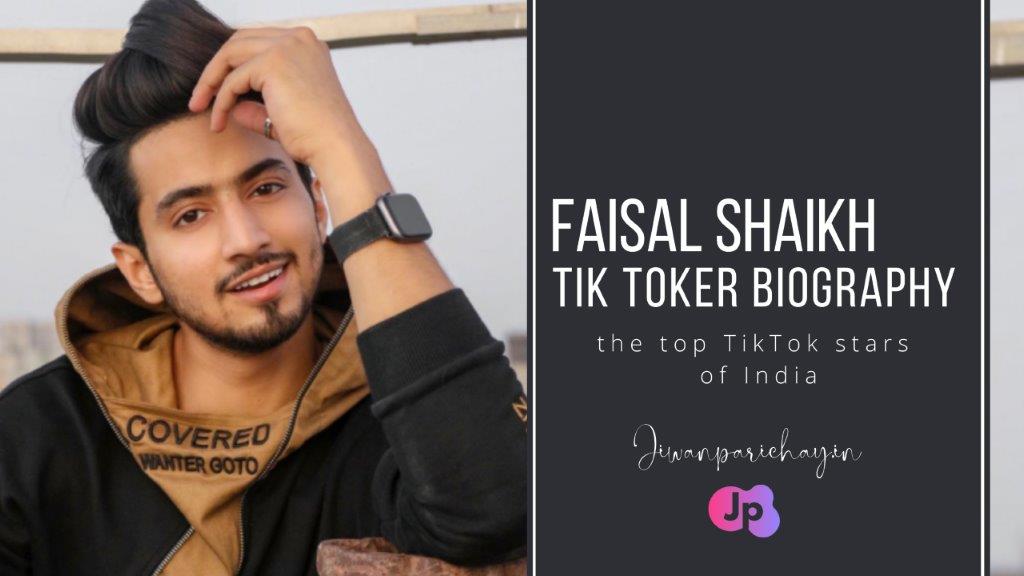 Hello friends, today we are going to know about a person who has found his success in such a way that today his name is counted among the top ten TikTok stars of India, yes we are talking about famous TikTok star Faisal Sheikh Who is known as Faisu. If you watch entertaining videos on social media, you must have seen Mr. Faisu, who dominates social media with his style. So today we will talk about Mr. Faisu and the information related to him.

Faisal shaikh is popularly known as Mr. faisu. This is an Indian Internet celebrity, a member of Team 07, and one of India’s top TikTok stars. He was born on 5 October 1994 in the state of Mumbai. This TikTok star as well as a fashion model and social media influencer. is so popular today that it is one of the top tik tokers in India.

India’s famous Tik Tok star Mr. Faisu. Faisal Sheikh was born on 5 October 1994 in the city of Mumbai, Maharashtra. But the name of his parents is not yet shared in their family, but Mr. Faisu is very close to his mother due to which Mr. Faisu is very much loved by his family. Apart from this, Mr. Faisu has a younger brother and an elder sister in his family, who are married.

If we talk about Mr. Faisu’s early studies, then he did his early studies from a school in Mumbai, but later completed his graduation from Rizvi College of arts, science, and commerce.

Actually, Mr. Faisu first started making videos on YouTube with five of his friends. Since there were five members in the group, Mr. Faisu and his friends named this team 07. Apart from Faisal Shaikh, the group included four of his friends Hasnain Khan, Adnan Shaikh, Faiz Baloch, and Shadan Farooqui.

The group uploaded its first YouTube video in 2018. Tik Tok was quite popular at that time, so Mr. Faisu and his friends started making their own lip sync videos and entertaining videos. People liked Mr.Faisu’s video a lot, due to which he got a new identity on social media.

Indian popular Tik Tok star Mr. Faisu (Faisal Shaikh) was honored with the IWM BUZZ Digital Award in the year 2020 for the Most Popular Social Media Award (Male). For more information, let us tell you that Mr. Faisu won the same award for the second time in 2021 as well.