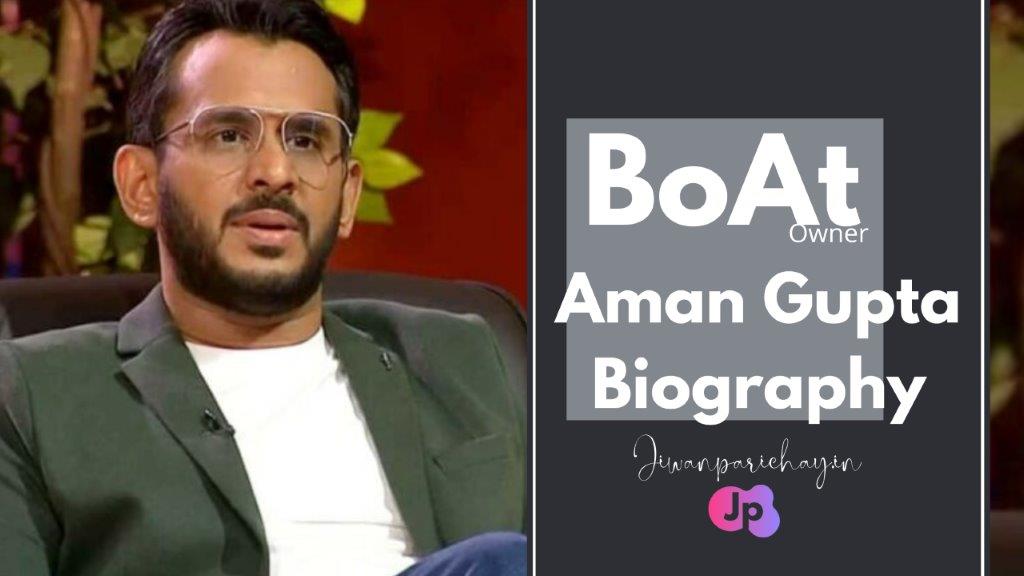 who is BoAt onwer ?

Aman Gupta is an Indian entrepreneur. He is the co-founder and CEO (Chief Executive Officer) of BoAt, India’s number one and popular audio market brand. He started the BoAt company in the year 2013, and today it has become a popular brand in India. and He is currently working as an Investor Judge on Sony TV’s reality show Shark Tank India.

Popular entrepreneur Aman Gupta was born on 16 August 1982 in Delhi, the capital of India is a Hindu family. His father’s name is Neeraj Gupta and his mother’s name is Jyoti Kochar Gupta. He did his early education from Delhi Public School and R.K. Puram and later graduated in Commerce (Hons) from Delhi University. Also, he completed his MBA from the Indian School of Business in Finance and Strategy.

Aman Gupta, the owner of the Indian brand BoAt, started his career when he joined Citibank as Assistant Manager in 2003, after working there for 2 years, he started Advance Tally Media Pvt Ltd, which he started with his father. In this, he helped launch many brands in the Indian market. He then joined the consulting firm KPMG in 2011 as a Senior Management Consultant. After working for a few years, Aman Gupta worked as a director in sales at Harman International which is a very big brand.

But Aman Gupta got real recognition when he started boAt company in November 2013. The first thing he launched after starting the company was boAt’s charging cable and charger. These boAt products were selling very fast on Amazon, due to which BOAt became a large selling point. And then seeing the success of this company, Aman Gupta did many accessories and started a huge line-up.

According to the information, the net worth of boAt founder Aman Gupta is around $95 million. Their biggest source of earning is the boAt company created by them and investing in different companies.

Who is Aman Gupta?

Aman Gupta is an Indian entrepreneur. He is the co-founder and CEO (Chief Executive Officer) of BoAt.

Who is the owner of the boAt company?

What is the net worth of boAt owner Aman Gupta?

Who is the wife of aman Gupta?

What is the name of Aman Gupta’s children?