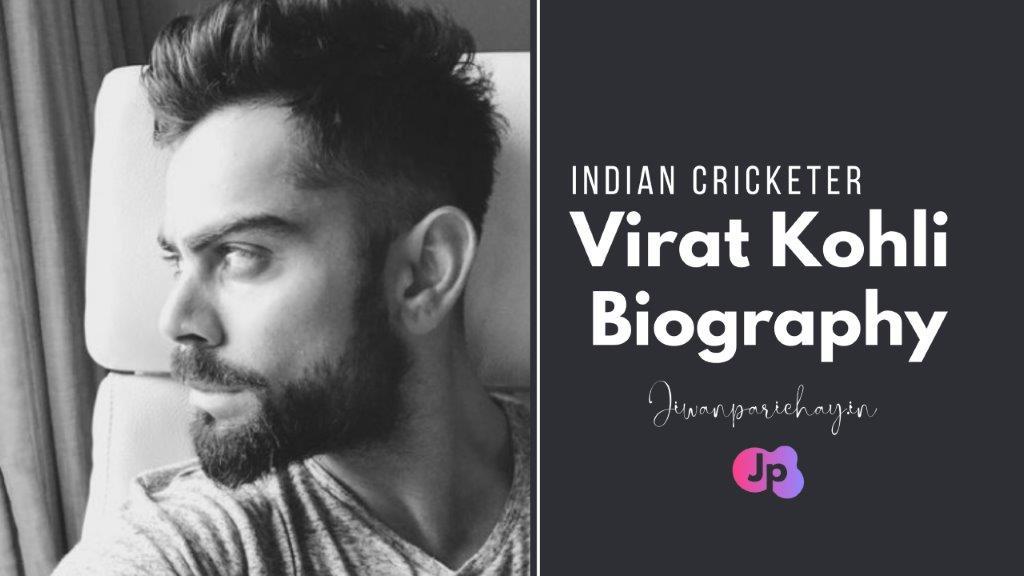 who is Virat Kohli?

Virat Kohli is called the King of cricket because Kohli is known for his brilliant batting. Also, he is one of the fastest run-scorers. Which the whole world has also known as a run machine. Today he has gained so much popularity through his batting. That he is currently the number one batsman in the world. Due to the number one batsman, he is also called the King of Cricket i.e. King Kohli. He has found popularity not only in India but in almost all the countries of the world.

About Virat Kohli and Birth, Age, Family, And Education of Virat Kohli

Virat Kohli’s father is Prem Kohli. is a lawyer and his mother Saroj Kohli is a skilled cook. Kohli also has a sister, whose name is Bhavna Kohli. And Virat’s brother’s name is Vikas Kohli. The family members of Virat Kohli tell that Virat Kohli started playing cricket at the age of 3.

Kohli was so interested in cricket. That he was to be given a cricket bat as a toy. Due to his interest in cricket, at the age of just 9, he joined the Delhi Cricket Academy at the behest of his neighbors. Where his coach Rajkumar Sharma trained Virat. Along with cricket, Virat Kohli was also very good at studying. Kohli did his education at Bhartiya Public School in Delhi.

Due to his good performance and his fast batting, he got an opportunity to play international cricket in the Indian cricket team in the year 2009. Virat Kohli played his first international cricket match against the Sri Lankan team. There he continued his excellent batting form and then there was no looking back. Today, Virat has become the captain of all three formats of the Indian cricket team.

Virat Kohli, the legendary batsman of the Indian cricket team, made his ODI debut in 2008 against the Sri Lankan team. Ever since then Kohli has dominated the ODI match. Virat Kohli has scored 520 runs in 239 innings at an average of 60.31. In which 43 centuries and 54 half-centuries are included.

Kohli’s highest score in ODI cricket is 183 runs. Today he is standing at the number one position in ODI cricket. Due to Virat’s excellent batting, Virat Kohli holds the record for most centuries in the ODI cricket match after Sachin Tendulkar.

Virat, a member of the Indian cricket team, made his Test debut on 20 June 2011 against the West Indies cricket team. Due to showing his talent in the test match, Kohli is currently at the number one position with 934 rankings in the test match. Virat has scored 6,749 runs in a total of 79 innings in Test cricket at an average of 11.14. Virat Kohli’s name includes 25 centuries and 22 half-centuries in Test matches and the highest score is 243 runs.\

Kohli has won the number one title as the best player while batting in the test match. And after that comes the name of Australian cricket player Steve Smith.

Virat Kohli made his T20 debut on 12 June 2010 against the Zimbabwe cricket team. Virat shows his great form in a Test matches and ODI, as well as his batting in a T20 cricket match, which is worth watching because everyone is desperate to see his batting. In his T20 match, Kohli made a total of 71 runs. He has scored 2441 runs in innings batting at an average of 50.85. The highest score in the name of Virat Kohli in a T20 match is 90 runs.

People like him very much with this excellent and fast batting. Along with being the captain of the Indian cricket team, his name is counted among the best batsman in all formats of cricket. Due to this, he is called the King of Cricket or simply King Kohli.

Virat, who joined the Royal Challengers Bangalore team in 2008, is still playing an important role in this team. Due to his good performance, he was declared the captain of RCB in 2013 and has been captaining RCB ever since, although currently, the captain of RCB is South African player Faf du Plessis. Not only this, Virat set a new record for scoring the most centuries in the year 2016 through his batting. Which no one has done so far. Virat Kohli is not simply called King Kohli because his name has scored the most runs in the IPL, which is currently ranked as the number one batsman.